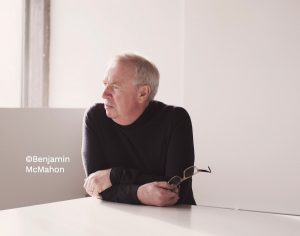 He studied architecture at Kingston School of Art and the Architectural Association School of Architecture in London before founding his own practice in 1985, with offices in London, Berlin, Milan and Shanghai. He is a Fellow of the Royal Institute of British Architects and an Honorary Fellow of the American Institute of Architects. His numerous awards include the Order of Merit of the Federal Republic of Germany (2010), the RIBA Gold Medal (2011) and the Praemium Imperiale of the Japan Art Association (2013).

He is the author of such outstanding works as the restoration of the Neues Museum in Berlin (2009) and the extension of the Kunsthaus in Zurich (2020). And in Spain he has built, in collaboration with Fermín Vázquez/b720, the ‘Veles e Vents’ building for the America’s Cup in Valencia (2006) and the City of Justice in Barcelona (2008). Apart from his professional activity, David Chipperfield has given classes and lectures at architecture schools all over the world. In 2012 he was curator of the Venice Architecture Biennale, which he directed under the theme ‘Common Ground’. In 2017 he created the RIA Foundation in Spain, a private, non-profit organisation that promotes the economic, environmental and cultural development of Galicia. 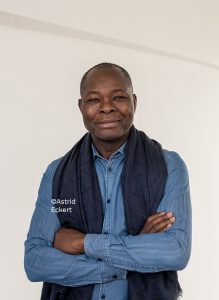 Winner of the Pritzker Prize 2022, he is the first African architect to receive the discipline’s highest award. Kéré emigrated from his native village to Germany, where he studied architecture and has become an emblem of social and sustainable construction. From his office in Berlin, and through the Kéré Foundation, he returns time and again to Gando to help transform the community he comes from, creatively reinterpreting limited resources and working with local people, as in his first project, the Gando Primary School, for which he received the Aga Khan Award in 2004.

Francis Kéré combines his work as an architect with his past and present teaching at the Technical University of Munich (TUM), Harvard University’s GSD, the Mendrisio Academy of Architecture, and Yale University. His work has been exhibited at the Venice Architecture Biennale, the Museo ICO in Madrid, and the Philadelphia Museum of Art, among other venues. 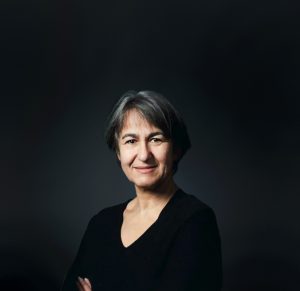 She is an architect and co-founder of Lacaton Vassal, winner of the Pritzker Prize 2021. She has also been a lecturer at the Swiss Federal Institute of Technology in Zurich since 2017, and a visiting professor at the MCH (Master in Collective Housing) at the Polytechnic University of Madrid. She founded her studio with Jean-Philippe Vassal in Paris in 1987, after graduating from the Bordeaux School of Architecture and completing their training as urban planners. Already in their first works, such as the Latapie house in Bordeaux, they displayed a frankness and respect for the environment which they later exhibited in the Palais de Tokyo in Paris.

Their constructive research extends to a wide variety of types and scales, from the programmatic challenge at the Nantes School of Architecture, to the technical innovation of the renovation of the Bois-le-Prêtre tower in Paris or the formal simplicity of their intervention in the shipyards that house the FRAC museum in Dunkirk.

The French studio has also demonstrated its architectural restraint and social commitment in interventions such as the transformation of three buildings with 530 dwellings in Bordeaux – carried out together with Frédéric Druot and Christophe Hutin, and awarded the Mies van der Rohe in 2019 – in which they defend rehabilitation over the demolition of obsolete buildings, as well as an economy of gestures and means where both the use of resources and the comfort of the user are paramount.

Registration is open until full capacity is reached. Fill in the following form with your details and we will contact you