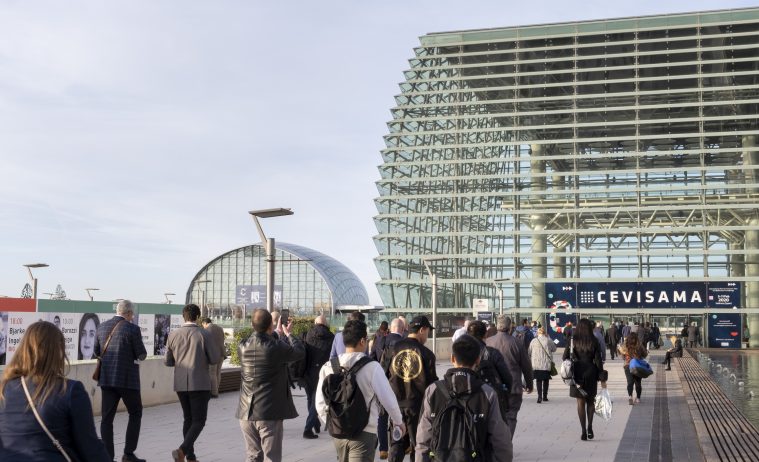 The Conselleria de Economía Sostenible, Sectores Productivos, Comercio y Trabajo (Ministry of Sustainable Economy, Manufacturing Sectors, Trade and Employment), will be awarding the third set of ‘Ivace Awards for Tile of Spain Promotion’ at Cevisama. The awards celebrate the work that leading distributors and importers of ceramic tiles do to promote ceramic tile products made in the Comunitat Valenciana in strategic markets.

The initiative is rolled out in close collaboration with the industry, through the Asociación Española de Fabricantes de Azulejos y Pavimentos Cerámicos (Ascer, the Spanish Association of Ceramic Wall and Floor Tile Manufacturers) and Cevisama, the international trade fair staged by Feria Valencia and next taking place from 7th to 11th February 2022.

María Dolores Parra, Director General for Internationalization, has highlighted the ongoing support the Consellería de Economía Sostenible has given to the ceramic tile sector and its commitment to promoting what is a major sector of the Comunitat Valenciana’s economy internationally.

“We stand shoulder to shoulder with the industry, working to improve its international positioning and its competitive edge. At this next edition of Cevisama, we will be celebrating the third set of awards that we hope will boost brand image in markets that are strategically important for the sector,” she said.

A Committee comprised of representatives of Ascer, Ivace and Cevisama and headed by Vicente Nomdedeu and Alberto Echavarría, president and general secretary of Ascer respectively, the Director General for Internationalization María Dolores Parra, and Cevisama President Manuel Rubert, selected the United Kingdom for this year’s round of awards.

Ascer president Vicente Nomdedeu Lluesma, explained that following the success of previous rounds, that recognised the work of companies in the United States and France, “the sector felt it right that the United Kingdom should be the target market for Cevisama 2022, not just because it is one of the industry’s main export destinations but also because it has performed well over the last year in spite of the situation that has prevailed as a result of Covid-19 and the country’s exit from the European Union”.

The United Kingdom is currently the third largest market for sales of ‘Tile of Spain’ products, with sales hitting 150 million euros between January and September 2021, 25% up on the same period last year.

The ‘Ivace Awards for Tile of Spain Promotion’ will recognise 10 UK importers selected in line with criteria that include number of employees, turnover, products imported and market penetration.

The awards will be made in 5 categories:

– Award for Business development in the UK market

– Award for loyalty to the ‘Tile of Spain’ brand

The aim is to attract heads of leading importers to come to Cevisama ’22 to be recognised for the work they do as specifiers of our products on their own countries, and also to further strengthen their connection with tile products made in Castellón.

The awards will be announced at a gala event during Cevisama ’22.