Cevisama expects to attract 100,000 professionals to its best edition 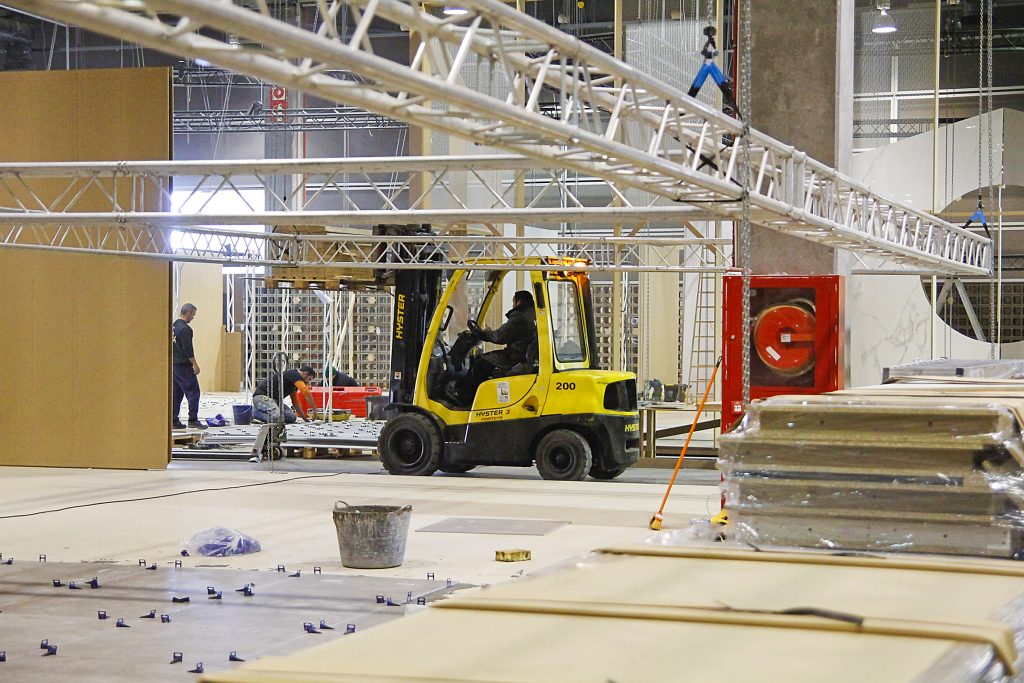 Cevisama, the International Fair for Ceramic Tiles, Bathroom Furnishing and Natural Stone that takes place annually in Valencia (Spain), is putting the finishing touches to the preparations for what will probably be its best edition of the last ten years. The fair has become firmly established as the leading sales platform for Spain’s ceramic tile industry, which is now Europe’s most prolific producer of floor and wall tiles. What is more, demand in Spain has taken off again, making the country a more attractive market. No surprise, then, that the organisers have set the bar high for this upcoming edition, which runs from 28th January to 1st February at Feria Valencia and is expected to welcome 100,000 professionals from all over the world.
The show’s offering is being set out over ten halls, one of which is being dedicated to products and materials created specifically for architectural and interior design projects. There is a reason for this: ceramic is gaining traction in the Contract sector, with its aesthetic and technical properties having made it a decorative as well as a construction material. Hand in hand with the industry, Cevisama is aiming to further boost its status as a must-attend event for property developers, designers, interior designers and architects and, of course, manufacturers and distributors.
The exhibitors that the organisers of the fair have recruited for the new hall – the venue’s hall 6 – include major names in the ceramic tile sector such as Neolith, Natucer and Laminam and Fiora, Hidrobox and Ramón Soler from the bathroom furnishings sector. The hall is being specially designed to suit its new purpose, with modern networking spaces, places to go for a coffee, snack or meal and wifi zones. Cevisama’s cultural content this year includes the Architecture and Design Forum, with top-level speakers including, amongst others, Pritzker Prize winning Swiss architect Jacques Herzog, who will talk about his Tate Modern project in London, and architects Nieto Sobejano, who will give an insight into their latest major commission, the Arvo Pärt Center in Laulasmaa.
These are just a few of the features set to define this next edition of Spain’s leading industrial fair. The main retail groups and specifiers from the USA, Germany, France, the United Kingdom, Portugal, Belgium and Russia have already confirmed that they will be visiting and the organisers are fully expecting this year’s fair to deliver even better results than last year, when 90,000 visitors attended including 17,000 from outside Spain and 838 brands were on show.