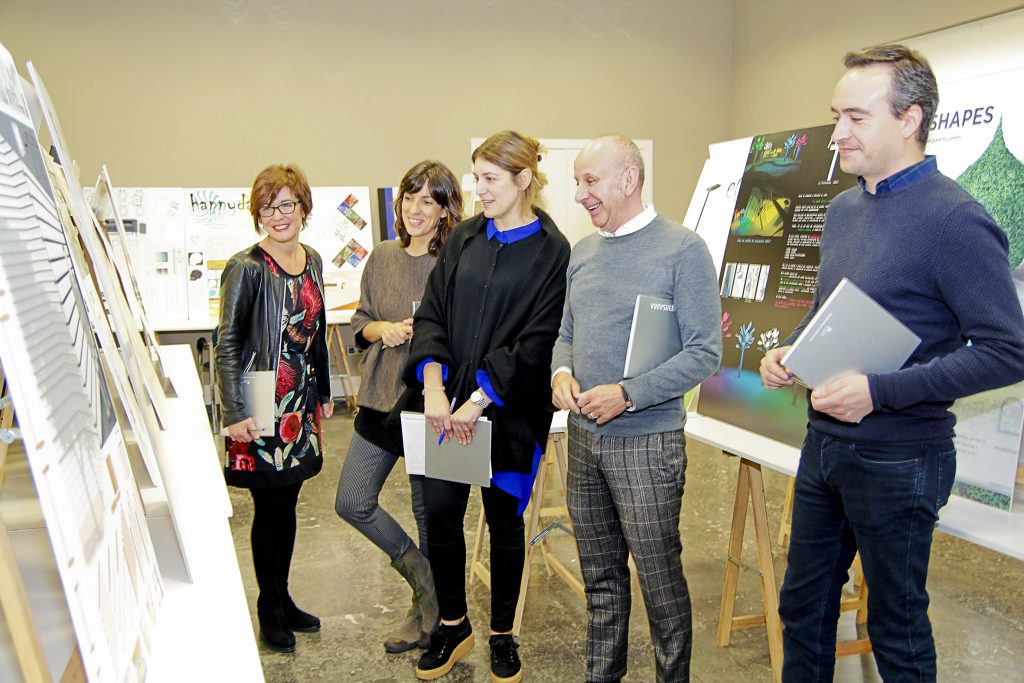 The most innovative designs have been awarded in the latest Ceramic Tile and Bathroom Design Competition, the laboratory of ideas of Cevisama. The entries were asessed by a multi-disciplinary jury formed of Isabel Navarro of the Official College of Architects of the Comunidad Valenciana; Pedro Díaz, of the Comunidad Valenciana College of Interior Designers; Carmen Navarro, representing manufacturer Grespania; designer Ximo Roca and journalist Gemma Tost, of On Diseño magazine. 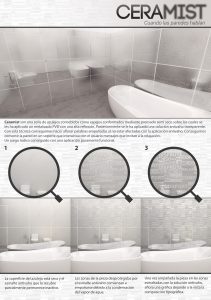 The jury decided to award the first prize, of 2,000€, in Category A of the Ceramic Tile Design section of the competition (ceramic tile products formed by semi-dry pressing) to Luis Rodríguez García, a student at Castellón’s EASD College, for his design titled  “Ceramist”. His design earned the recognition as it offers an anti-condensation solution that represents “an innovative use of technology with ceramic that has provided an exciting concept.” The tiles are treated in the same way as mirrors, with a high reflectivity metallic PVD coating applied to them, followed by a transparent anti-condensation solution to partly cover them. “In areas such as bathrooms and spas the parts of the tiles that are not protected by the anti-condensation glaze start to cloud over as the water vapour condenses. Then, the chosen combination of words emerges, turning the wall into a medium the user can interact with, an entertaining game,” the designer explains.
The second prize, of 1000€, went to Alexandre Mistrali Betriu, a student at the International University of Catalonia, for his creation titled ‘Frame’. The jury indicated that the winning feature for them is that the work is “an innovative solution for coverings that offers flexibility and chromatic interest.” The jury also decided to award a runner-up prize, which has no monetary value, to “Ectus” by Sara Beneyto Beneyto, of the Polytechnic University of Valencia, for the simplicity and ‘clean shapes’ of the design. 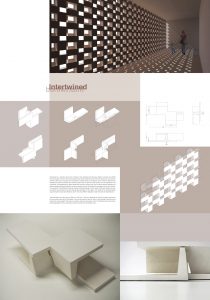 In Category B, ‘Ceramic Tile Products shaped by other methods’, the jury awarded the first prize, also 2000€, to Laurence Dugardyn, of the International University of Catalonia. His design, titled ‘Intertwined’, “reworks a traditional construction system whereby the tiles are used to create an exciting sense of volume,” according to the jury. The proposition is a tile that consists of two identical parts that, when they are connected, form a single tile, prompting a different perception of the space and creating a play of light and shadows.
The second prize, of 1,000€, was won by Marta Esqueu Canals, a student at the International University of Catalonia, for her design titled “Paves”. In this instance the design resolves a problem concerning the use of vitreous material, and was remarked by the jury, “a design that has tremendous potential”.A runner-up prize was awarded in this category as well, to “Ceramic Branch”, a concept developed by Ariadne Martínez of the International University of Catalonia. Her design earned the recognition “for applying the unalterable features of ceramic to traditional, short term use structures using a single type of ceramic tile.” 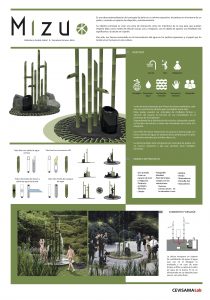 On the other hand, in Bathroom Design competition, the first prize of 2,000€ was awarded to Akika Kamakura Gimeno and Isabel Ballesteros Acebal, both students at the Advanced School of Design at the Polytechnic University of Valencia, for their “Mizu Shower”. This was a design of a shower that can be adapted to be used in different gardens and spaces and offers a creative, innovative and useful solution, its most outstanding features being its modularity and efficiency. For the members of the jury “it is perfectly in line with the competition’s proposition of ‘A Bathroom in the Garden’ and provides a versatile solution to applied ceramics in both a public and a private setting as it blends easily into its surroundings. The second prize in this section was not awarded.
The winning works will be displayed at Feria Valencia, between pavilions 2 and 4, throughout Cevisama. The awards ceremony will take place at 12.30 on Friday 24th February in the venue’s central lobby area (Trans-hitos zone).